Humber Rescue are an independent charity that supplies fast response search and rescue operations on the Humber Estuary. We cover approximately 540 square miles of water including the River Hull, Trent, Ouse and the River Humber. The River Humber has proven to be one of the most unpredictable stretches of water in the world. Even the most experienced of navigators can get caught out by the shifting sandbanks and strong currents.​

Established in 1990, the service begun operating the Humbers first lifeboat from the back garden of its founder, Paul Beriff. Routinely traveling down the street to deploy the rescue boat. Initially starting off with nothing except a landrover and a small 12ft rubber dingy. In 1995 the ‘Boathouse’ opened which would become the centre of operations for the foreseeable future. ​

The years passed and the charity grew in numbers, volunteers from a range of backgrounds were stepping up. Equally, the callouts increased. From attending requests from the Coastguard to deploy to vessels on fire, and even rescue the crew of a Royal Air Force Tornado that had ditched in the Humber.

​To this day, Humber Rescue is a vital emergency response to anyone that lives in proximity to the Humber and its surrounding waterways, massing up to an average of 110 callouts each year. It’s the busiest independent lifeboat in the United Kingdom. 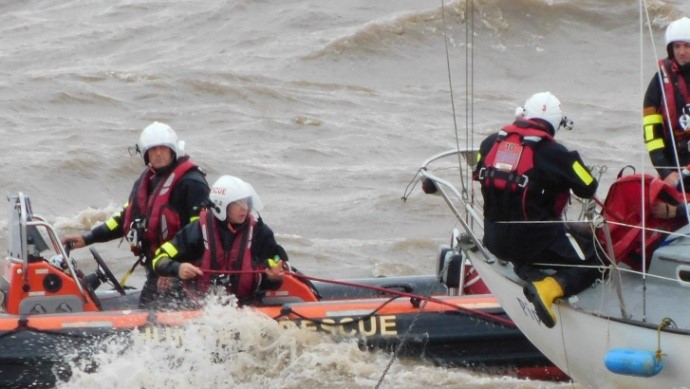